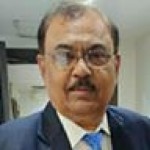 New Delhi_ Bihar assembly elections are now over. The Present government will

votes. A total of 78 seats in 16 districts of North Bihar & Seemanchal region went

to polls yesterday in last phase of polling of Bihar Assembly Elections 2020.

Approximately 56.12% voter percentage were recorded. It being the last and final

people to vote for NDA so that developmental works in the State may continue.

He quoted the famous saying “ant bhala toh sab bhala” (all is well that ends well).

In another rally at Katihar, he referred to the illegal immigrants (infiltrators) issue

and said that no one can drive away any person from the State or the Country. On

the other hand, UP Chief Minister Yogi Adityanath raked up National Register for

Citizens (NRC) and Citizenship Amendment Act (CAA) in Kishanganj while

driven away not only from State but also from the Country. Giriraj Singh, another

BJP leader also brought up NRC and CAA issues. He also said that an Act would

be implemented in Bihar on the lines of U.P. to tackle “Love Jihad” drive.

Bihar Assembly Elections are acid test for PM Modi too

electioneering. BJP and JDU lines in the third phase of campaigning are being

discussed and analyzed thoroughly by political pundits. Some say that it’s an

voters, while BJP is banking on Hindu votes. Opposition had taken up Nitish

Bihar will unseat him this time. Tejashwi Yadav said that Nitish Kumar is tired

now and is unable to handle the State. He is very vocal on development and

Outcome has some very clear indications

elections, an alliance supported by MY equation. Out of these 24 seats, 6 seats

were won in Seemanchal. But this time JDU is part of NDA and hence polling

pattern may change in view of caste ridden politics of Bihar. BJP drew a blank in

traditionally is a RJD and Congress bastion. Areas where polling was held

population which could be a disadvantage to NDA. A sizeable number of Yadavs

and extreme backward classes (EBCs) could have voted in favour of

also disbalance voting pattern. Whatever said and done, final phase of polling is

very crucial for all parties.